The extraordinary twelve sided conservatory at Dalkeith designed by William Burn was built in 1832. What appears to be just the central supporting column of the conservatory is in fact a cast iron chimney to service the furnaces used to heat the building which are concealed underneath. 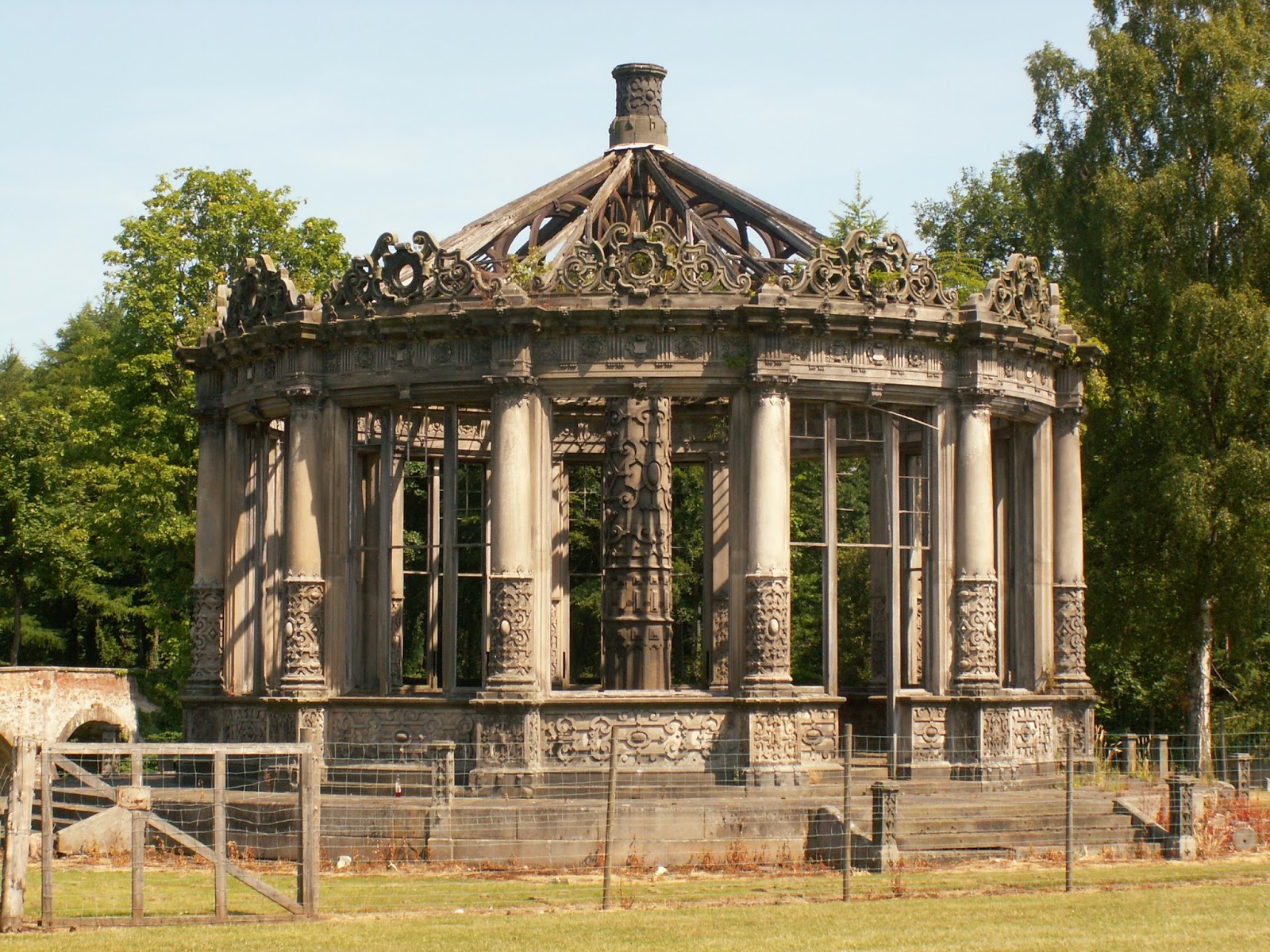 Impressive though the structure undoubtedly still is, even in its present ruined condition, it is sad to see something quite so splendid and unusual not being given the due care and attention it so richly deserves and is being allowed to slides further into decay. 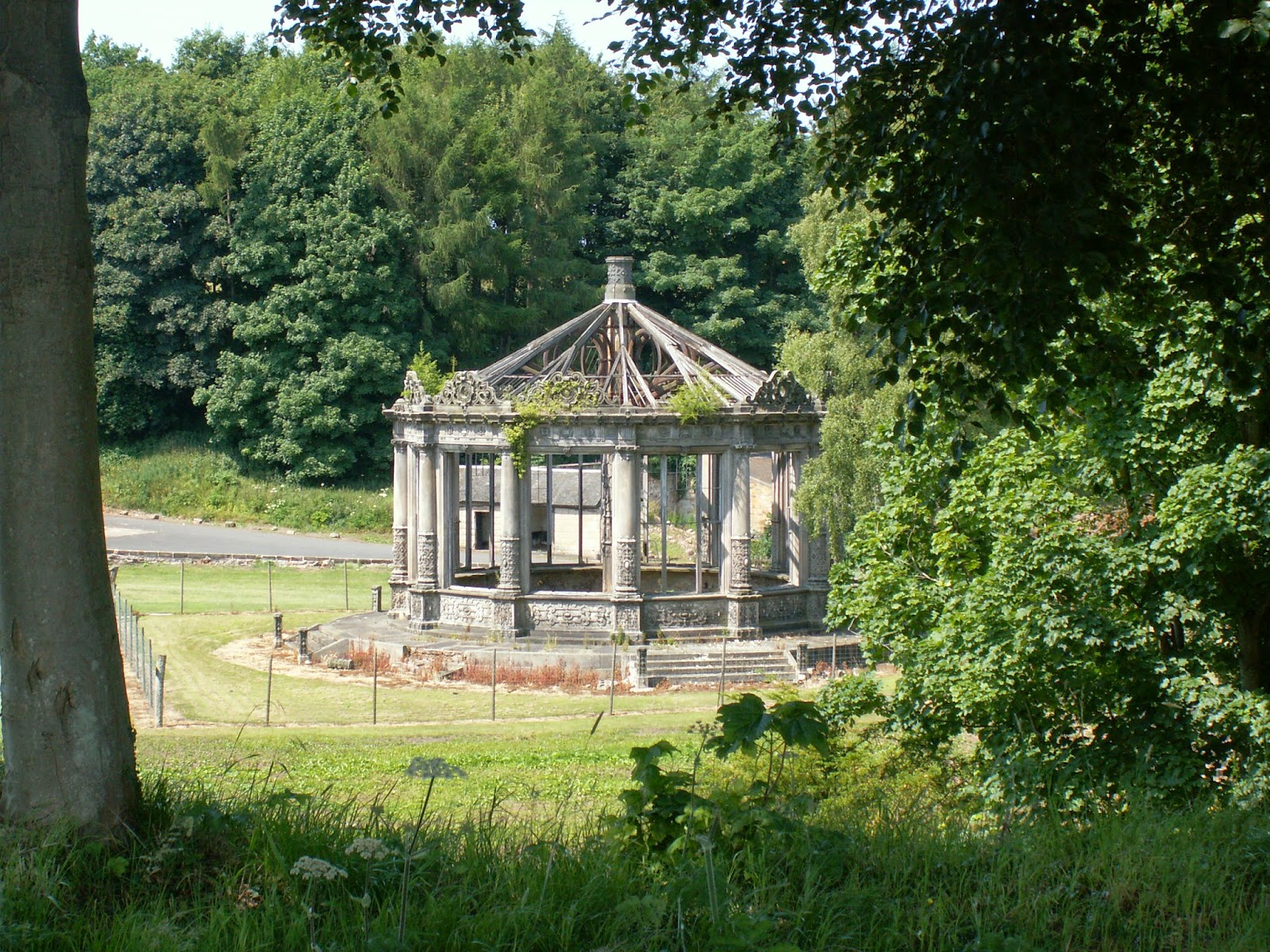 The 5th Duke of Buccleuch had initially engaged William Burn to enlarge Dalkeith Palace, the model is preserved at Bowhill, but although those plans came to nothing, he was kept very  busy elsewhere. Burn remodeled Branxholme Castle in the Borders in 1837 which had been owned by the Scott's since the 1420's. Burn also worked on Bowhill nearby but his greatest triumph was in persuading the Duke to demolish Montagu House on the banks of the Thames at Westminster and replace it between 1853-1859 with a building in the French Renaissance style. Montagu House was demolished after the First World War to make way for the Air Ministry. 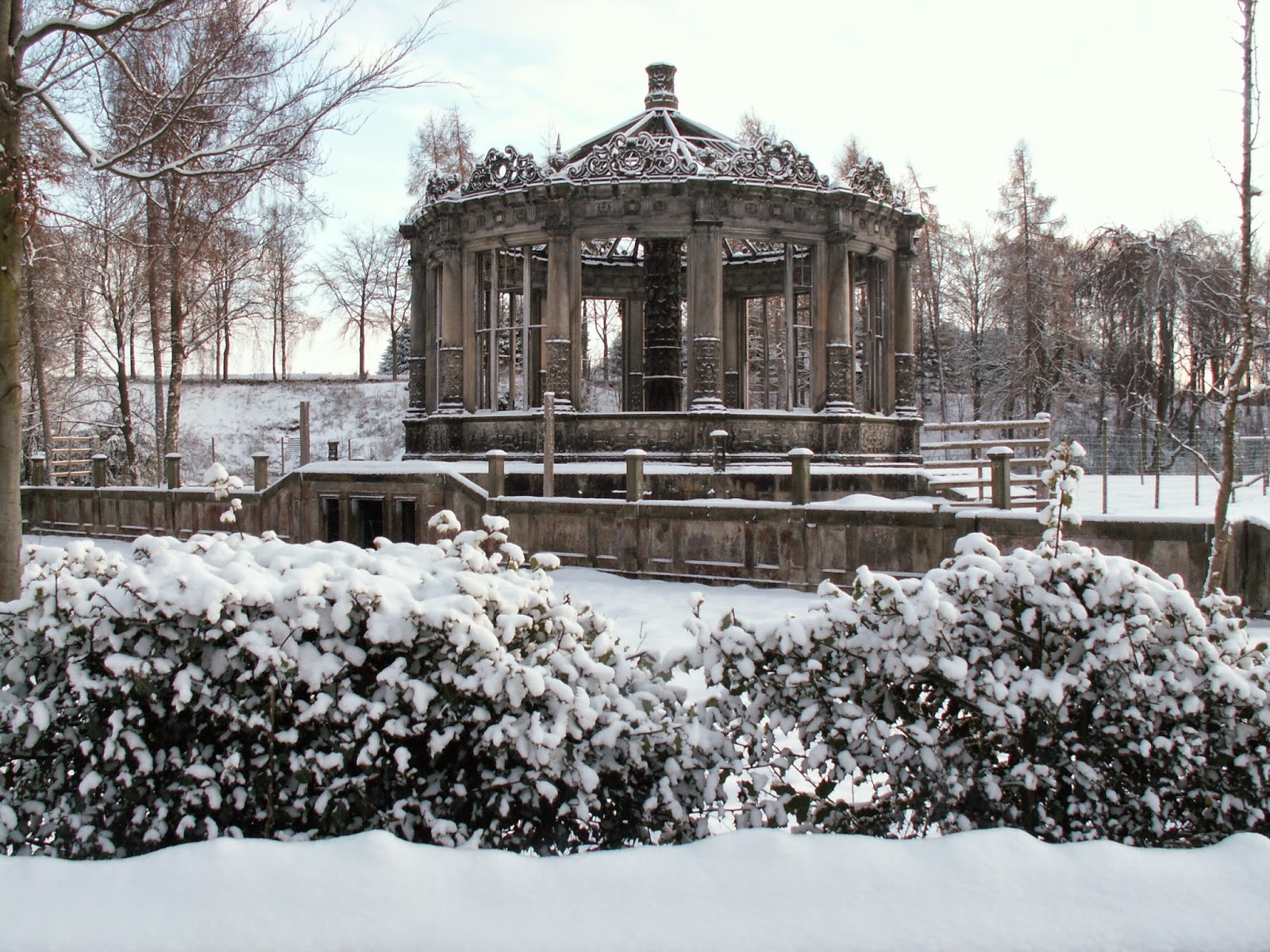